Attractions of Krakow - what attracts tourists?

18 of July 2019
Rich history and beautiful monuments     Krakow was invested under German (Magdeburg) law in 1257 during the reign of Bolesław the Chaste. However, the oldest mentions of it appear much earlier, since the end of the 10th century in the document Dagome iudex. Wawel today associated with the impressive castle on the hill towering over the rest of the city, was in turn one of the tribal strongholds of the Vistula state. Destroyed during the Mongol invasion in 1241, Kraków rose again to be the place of coronation of Polish kings from 1320 until the first half of the 18th century. It was the seat of the royal court until 1596, when Zygmunt III Waza moved with the entire court retinue to Warsaw. During the partitions he was within the borders of Austria, and during World War II he was designated the capital of the General Government. This beautiful medieval city boasts unique architecture and unique monuments. The already mentioned Wawel Royal Castle, the Wawel Cathedral, the Cloth Hall, St. Mary's Church with the altar of Veit the Creator and many, many more are waiting for visitors each year.     A unique and unique atmosphere     Every Krakus will admit that Krakow is a city with a soul. School trips from the most distant parts of Poland will include students who decide to come back here again. And they come back - to study, looking for work, here they start families and meet friends in the city. This unique, unique atmosphere and charm of the city penetrates deeply into the interior, which makes it impossible to forget about it so quickly and you want to come back here.     Lots of tourist attractions     Do you like exploring new places? Arriving in new pages, you only appear in the hotel to rest after a day of sightseeing? In planning your trip, are you trying to find a moment to visit museums and enjoy local attractions? Come to Krakow! There are many museums with masterpieces of art from artists around the world! The National Museum and its subdivisions (e.g. Gallery of 19th Century Polish Art, Museum of the Czartorystki Princes), State Art Collection - Wawel Royal Castle, Historical Museum of the City of Krakow (including with the Schindler Factory and the Krzysztofory Palace) are just some of the facilities, which are worth visiting. After the museum marathon - or instead of it - you can relax during a cruise on the Vistula, drinking delicious coffee on the Market Square listening to every hour of the bugle call, or go on a city tour with a carriage or a melex. And whenever you want to go shopping, you can go to large galleries or shopping parks. Many attractions are also waiting for occasional fairs and outdoor events (Wreaths, Parade of Dragons), where even the youngest will find something for themselves.     Diverse night offer     Choosing Krakow as your destination, you don't have to worry about a good night's lodging. It's a great direction for a weekend for two, a short stay with the family, or organized trips and holiday stays. With limited financial resources, you will find a hostel or a hostel to the best of your abilities without any major problems. Are you looking for a room with a view of the Wawel, or a family apartment next to the Vistula? You will find all this in Krakow! Near the center, close to the train station or the airport (like Hotel Witek), right next to the Wawel Hill, in the old Jewish district of Kazimierz or Huta - anywhere you want, you'll find accommodation tailored to your needs.     Infrastructure      The thing that definitely distinguishes Krakow from other cities in Poland is relatively good communication and good connections with other cities. Visiting the capital of the Lesser Poland Voivodship, you can safely wander the climatic streets and streets, and when you get tired, take advantage of the city's infrastructure. Right next to the market there is a renovated train station, where you can easily get to other cities in Poland, or to the airport, which is only 18 kilometers away from the station. Krakow is a great place for a longer stay in the city, as well as one of the stops on a longer journey.

Subscribe to our newsletter and stay up to date with our promotions and special offers.
Hotel Witek Handlowców 14 32-085 Modlniczka, Kraków +48 12 66 23 500 hotel@hotelwitek.pl 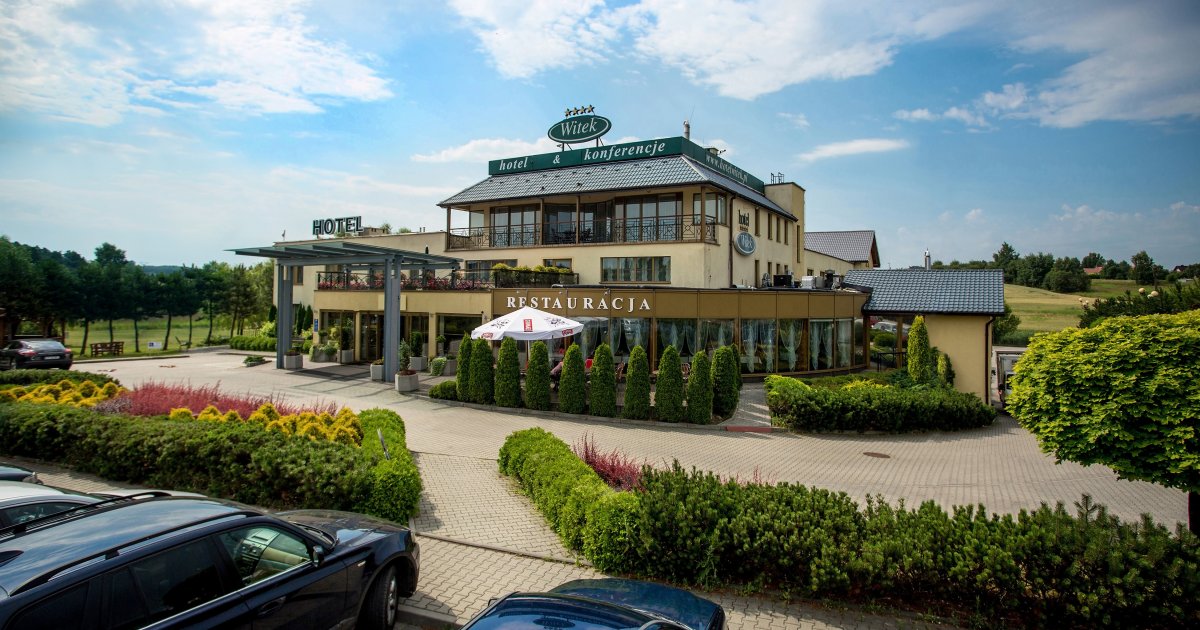 Copyright © Hotel Witek
Created by: PROFITROOM
See on the map
Newsletter
Subscribe to our newsletter and stay up to date with our promotions and special offers.
This website uses COOKIES.